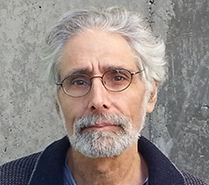 I am a licensed psychologist (Oregon and Washington State) in private practice in Portland, Oregon. I received my doctoral training in counseling psychology at the University of Washington, and have an MA degree in counseling from California State University, Northridge. From the time I first entered this field in 1969 as an undergraduate student working as a camp counselor with children labeled as having 'emotional difficulties' I found myself drawn to a humanistic psychological perspective. My interest in Reichian and Gestalt Therapy- two humanistic psychological approaches - began in the early 1970's. My master's project was an exploration of Reichian therapy, and my doctoral dissertation was a study on the relationship between the inhibition of breathing and emotional repression. I have had extensive training in both Neo-Reichian therapy and in Reich's more traditional orgone therapeutic approach, the latter with Michael Rothenberg, MD, a student of Reich's. In 1997 I began studying Gestalt Therapy at the Gestalt Training Therapy Center Northwest, which I continued over a period of 10 years. In addition to my clinical work I have been an adjunct faculty member in psychology at Seattle Central Community College, Antioch University, the Washington School of Professional Psychology, and currently at Lewis and Clark college where I offer a course in somatic psychology. I have lectured widely on topics related to emotions, psychotherapy, and Reichian and Gestalt therapy to both public and professional audiences, and provide clinical seminars, training and supervision to mental health professionals.

I have been practicing in the Portland/Vancouver metropolitan area for the past 14 years, after living and working in Seattle for close to three decades.